Recently Stuart1701 presented a series of great photos showing the reenactment of a US Civil War battle. His post-processing was characterised by a very good rendering of the mood of those aged photos, which Stuart wanted to enhance with the use of old photo "frames". For example: 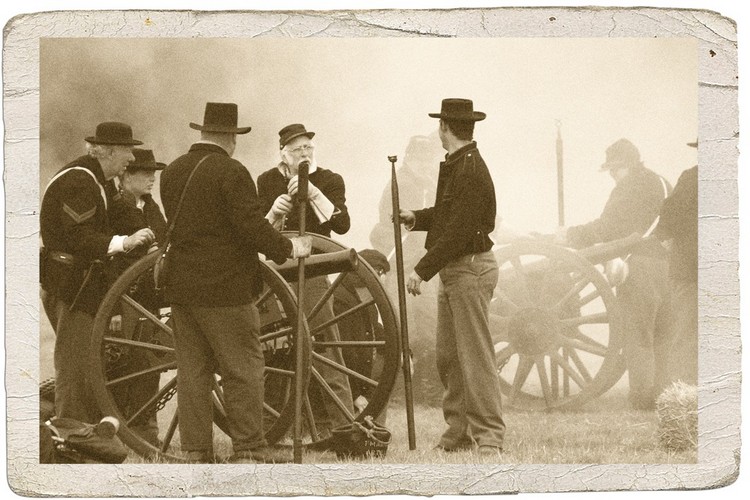 The idea is really good but unfortunately there is one thing not quite right in the above example: the photo on the frame looks a bit artificial. That's because the frame has its own texture, wrinkles, folds, tears, etc., which should be visible on the photo itself, but which are not. So, is it possible to improve it? I thought that it is worth trying and after spending some time on one of the photos I obtained quite promising result which I posted in Stuart's thread linked above. In return Stuart asked me to explain what I did and this is how this mini-guide was born.

The first question is where to get a texture from. Well, there are lots of free samples out there on the Internet. Google's your friend. For this guide it took me about 5 minutes to find something useful right on the Playingwithbrushes's Flickr photostream (texture is covered by the CreativeCommons licence and so it is free to use): 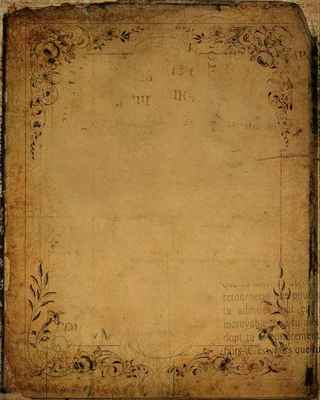 The texture looks exactly like a fancy frame photo paper which could have been used for a portrait photo - it is enough to put the portrait right in the middle and we are done. I thought that from Stuart's series the following photo would nicely fit the above frame: 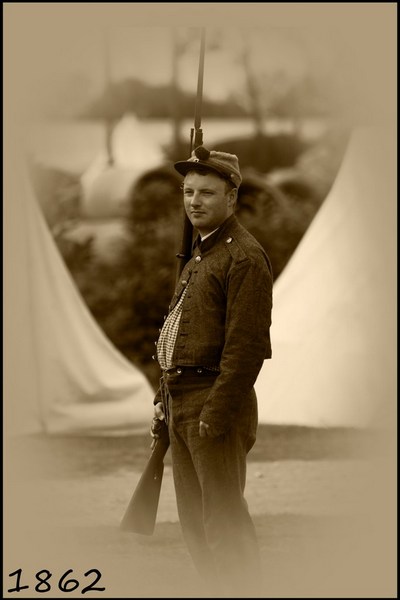 Let's start our work with loading the texture into PSE (or The GIMP or PS or whatever you like to use) and putting it as a background layer: 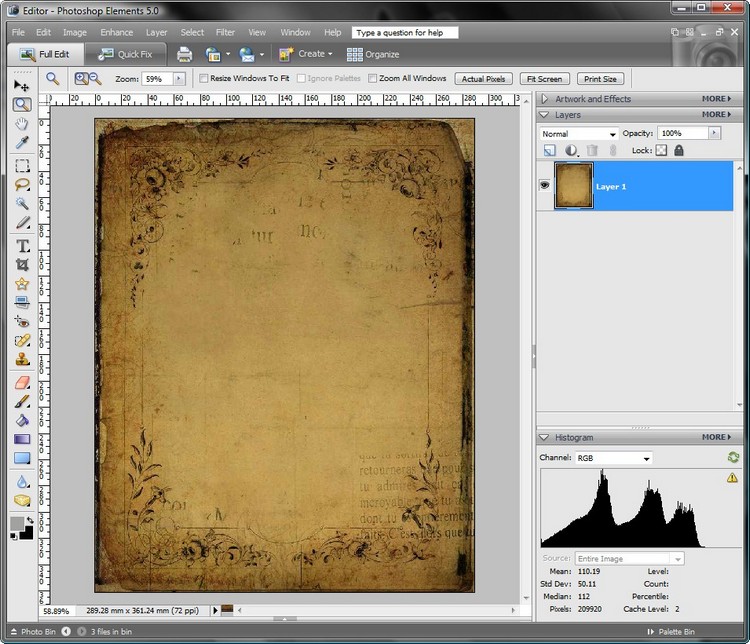 At this stage you can do whatever is needed to adjust the texture to your needs (resizing, rotating, correcting "exposure", sharpening, whatever).

The next step is to load the photo we want to put on the frame - first we open it as a separate image and then, after some tweaks, we will copy it as a second layer: 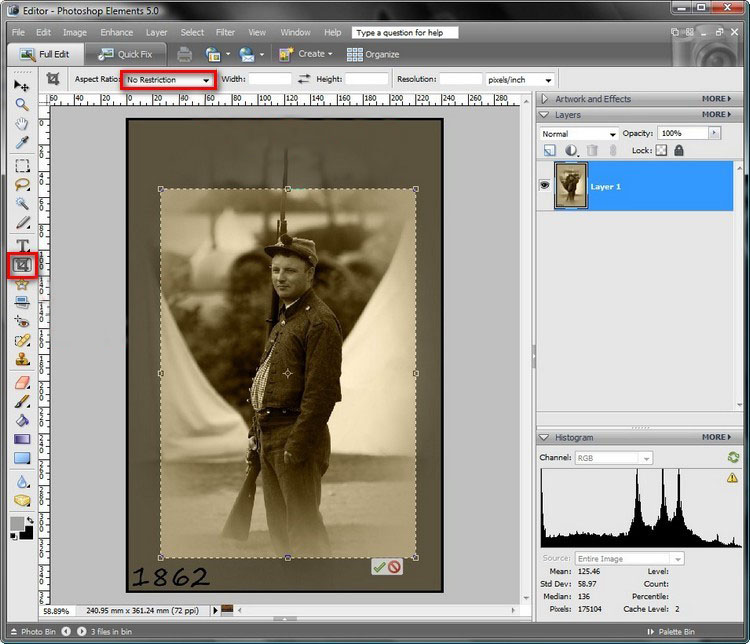 As you can see I decided to treat the photo as a kind of portrait and hence I needed to crop it a bit using the crop tool for this purpose. Please note that I set it in the "No Restriction" mode which is the real crop, i.e. parts of the photo are just cut off. Any other mode is a crop followed by a scaling action.

After cropping we need to "feather" the edges of the photo. This is necessary because otherwise the photo will not blend nicely with the texture/frame because there will be a "sharp edge" visible. To feather the edges I used the eraser tool with a nice soft brush selected - it gives a nice gradient transition from the full transparency (right on the edge) to full opacity (inside the photo): 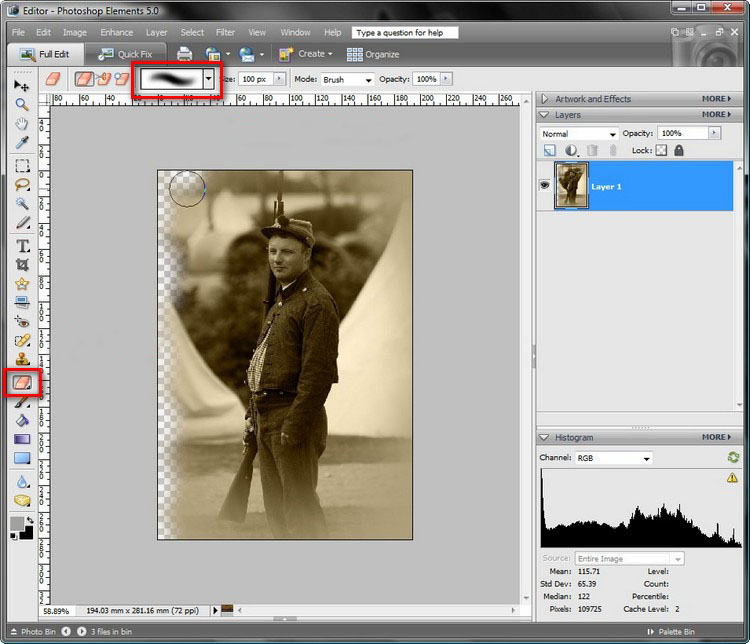 After brushing all edges of the photo we are ready to "select all", copy, switch to our texture/frame and paste the photo - PSE will put it as a new layer 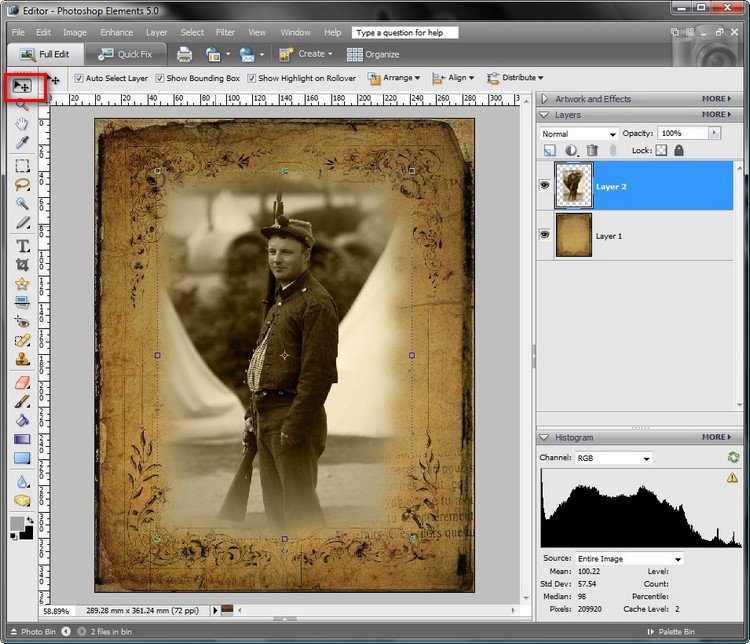 Now you can use the "Move tool" to move your photo around, scale it, rotate it, whatever you need to put it where you want it in the frame.

So far it looks good, but there is still one problem: the texture (wrinkles, folds, blemishes) is still below the photo and because of this it is too smooth. We can easily change this by changing the blending mode of the photo's layer, but first we need to do a few adjustments. The first step is to change the photo to greyscale (I just desaturated the shot, but you can use any B&W conversion you like) - this is necessary to avoid unwanted color changes when changing the blending mode. 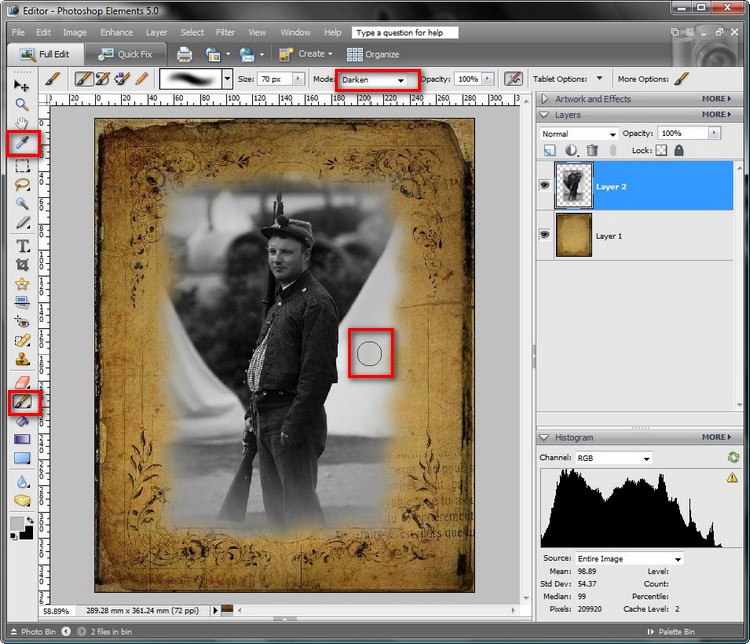 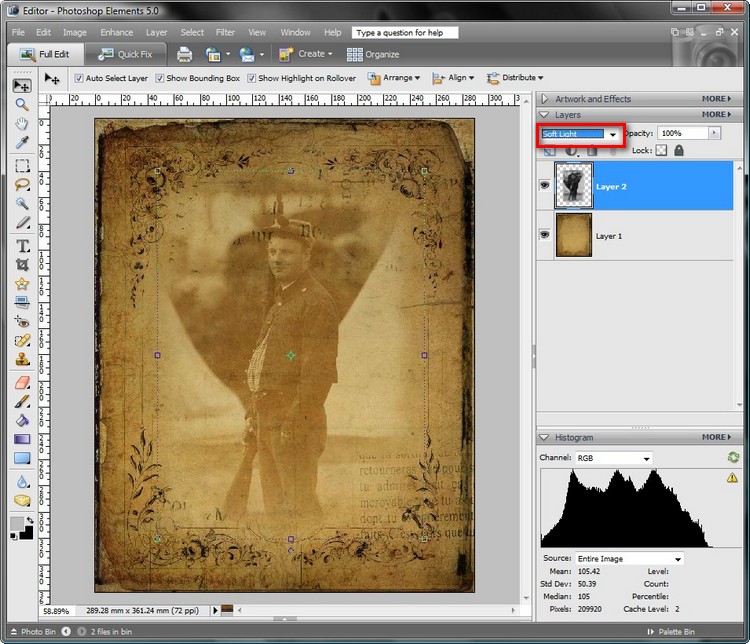 albeit a bit too faded/bleached. To work-around this I just duplicated the upper layer and since the effect was now too strong I changed the opacity of the uppermost layer to 60%: 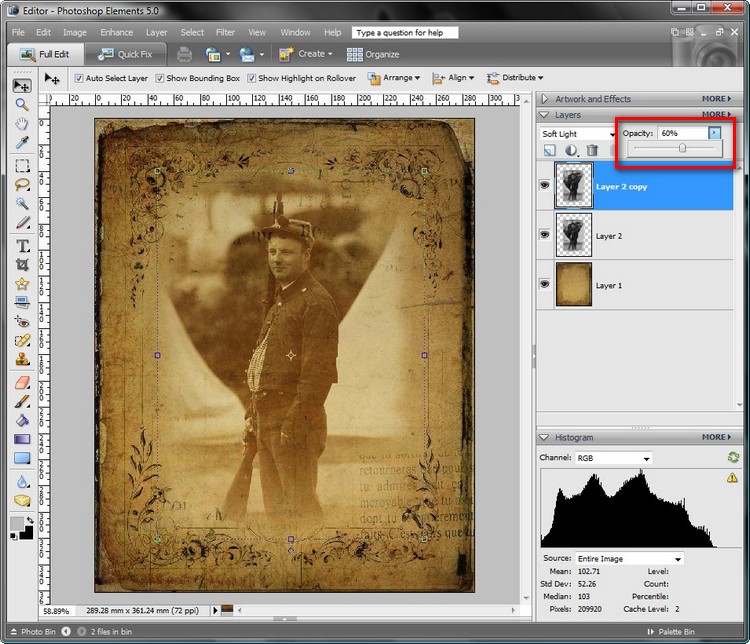 Yepp, we are almost there. The only problem left is that the photo is too sharp. At least for a photo that is meant to be taken in 1862 ... Adding a bit of Gaussian blur to the uppermost layer did the trick - this is how the resulting shot looks: 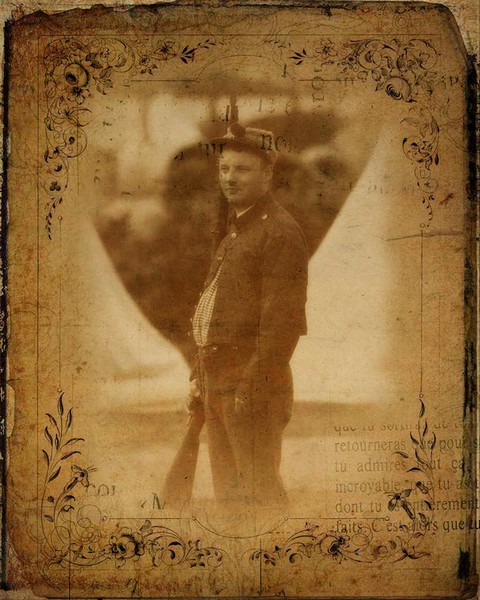 In the above example I used a texture/frame which fills whole photo. It may happen that you have a texture/frame with rough edges, i.e. there will be some background colour showing (like on the first photo posted in this guide). One method of working around this is to store the photo as GIF or PNG with the transparent colour but usually this will result in a bigger file. It's a pity that JPG cannot store transparent colour, but you can always use the background colour which is exactly the same as the background of the site on which you are showing it.