With a price tag of $138 brand new, this piece of plastic and glass is many times cheaper than any other macro lens.

Even further, this is the longest cheap prime available. You can't get a 135mm or longer lens with a price close to this. This alone makes the Cosina 100/3.5 worthy of getting a review. The big question is, can it really deliver true macro experience, or do you always get what you pay for?

Note: This lens is being sold with different labels on it. For your convenience, here is a list of brands that sell the cosina 100/3.5: Pentax (discontinued), Vivitar, Phoenix, Promaster, Soligor and voightlander. Before we get into sample shots, i'll do some verbal evaluation of the lens. 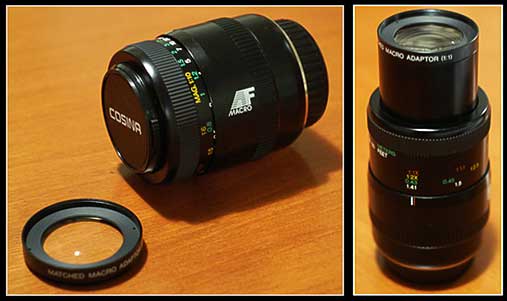 many people have reported the 100/3.5 to be badly built. This is only partly true. The exterior parts of the lens is made of plastic, a kind of plastic that we aren't used to see with lenses. However the lens barrel and other parts feel strong and can take some pressure.

Focusing is done by extension, which means the optical assembly moves forward and backward inside the lens barrel for focusing. Since this is a macro lens, the focus mechanism has a long throw and lens extends to twice of its length when focused to closest distance. Telescoping parts of the lens wobble, but not much as one would expect. The real problem about build quality will be covered in the focusing part.

The plastic fantastic is pretty small, just about the same size with the 18-70 kit lens. but this doesn't explain the fact that its the lightest lens i have ever held. Its almost lighter than 28/2.8 which is much smaller. But thats a good thing since the lens seems to be more than strong enough to hold itself in one piece.

Auto Focus: To go from infinity to closest distance (which happens to be at 1:2 magnifaction) the whole optical assembly of the lens has to move 5 centimeters, which is a pretty long way and HUGE friction caused by internal mechanics doesn't help either. Drop in the fact that AF drive system has a fast gear ratio, i think you can guess the sound of massive torque of the AF motor working against the friction to move whole optical assembly.

The good thing is, lens elements doesn't change their positions at all, they are simply fixed within the telescoping barrel, which means the wobbling and growling of focusing mechanism has no impact on optical quality.

I recommend forgetting about AF with this lens, it can focus well, but you won't like to hear it do.

Manual Focusing: the focusing ring looks very friendly, but with the first touch, you realise the problem. The friction is so high that it affects manual focusing. You have to apply a small amount of force before the ring decides to turn. Then it suddenly makes a jump before you can stop pushing. This is really frustrating but there is a solution; holding the ring tighter than usual allows precise manual focusing, but you have to remember this one. Also you can move the camera for fine adjustments in focus.

i'll leave sharpness to the end to make it a more interesting reading.

Color and Contrast: I was expecting good color and contrast from this lens as there is very few optical surfaces in the path of entering light (its made of 5 elements in 4 groups). I made a comparison with the 70-210/4 "beercan" in this area. As many people agree, the beercan is known to have outstanding color and very good contrast. I'm comparing this little plastic thing against nearly the top-tier in terms of color and contrast.

(in cam JPEG's with no post processing, saturation = 0, contrast = -1, all variables equal, WB set to daylight)

you were wrong, image 1 is taken with Cosina 100/3.5 macro which visibly beats the beercan in terms of color, and equals in terms of contrast. Unexpectedly big achievement indeed. I know color is something relative, but which one do you think looks more plesant? my less scientific experiences also tell colors are pretty good with the cosina.

Bokeh: nothing much to say here, OOF rays are rendered without ugly scattering effects.. the bokeh looks pretty "simple". (may be this is also about the not complicated optical design) While i didn't provide comparison shots, beercan's bokeh is no where as good as this one, and still its referred as a 'bokeh' lens.
Overall, excellent performance from the cosina. 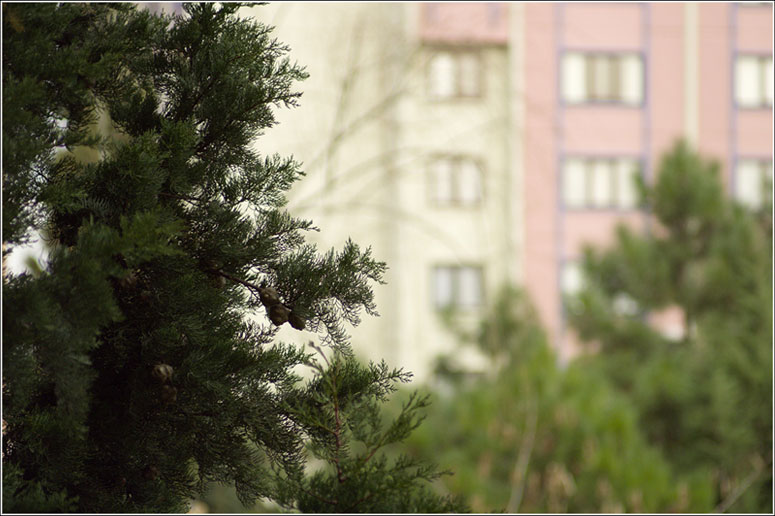 And here comes the sharpness comparison shots. all converted from RAW, no sharpening or noise reduction. At the end you'll see comparison shots from the Beercan. The test target: 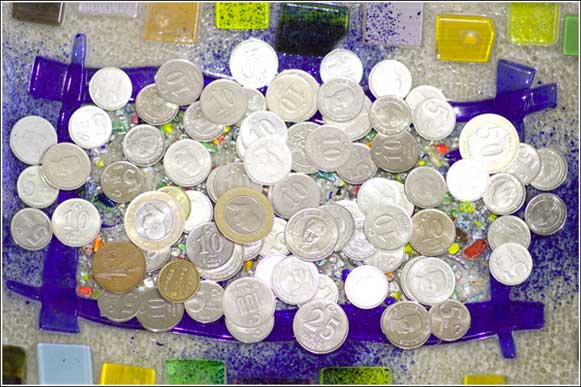 beercan gave a tighter view in 100mm setting, these crops are showing different parts of the frame, sorry.

Aberrations: no distorion, no noticable vignetting, no CA, but lots of purple fringing around shiny spots... this is the only optical fault of the lens so far it seems.

Here is more samples from the plastic fantastic: 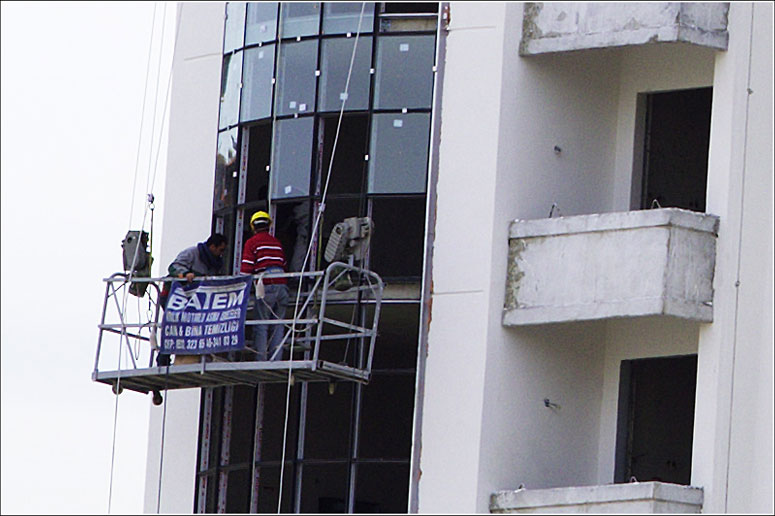 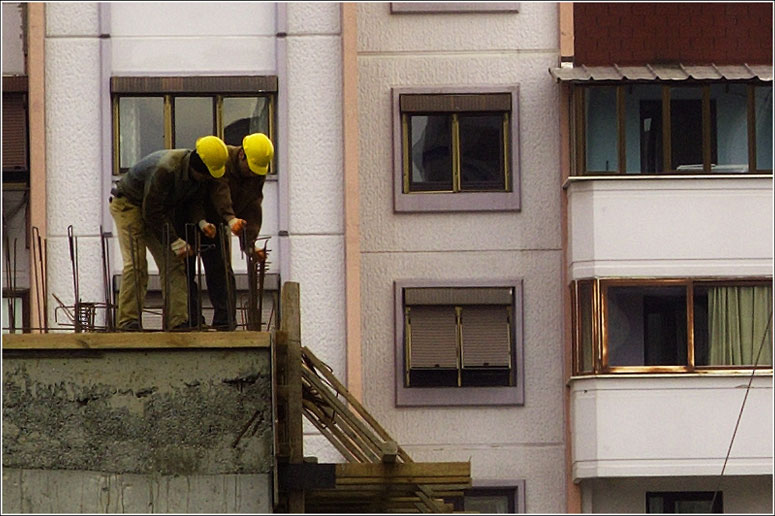 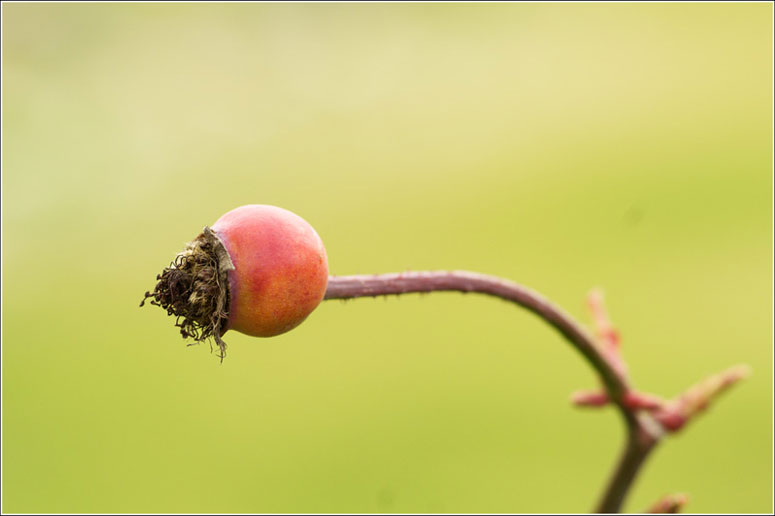 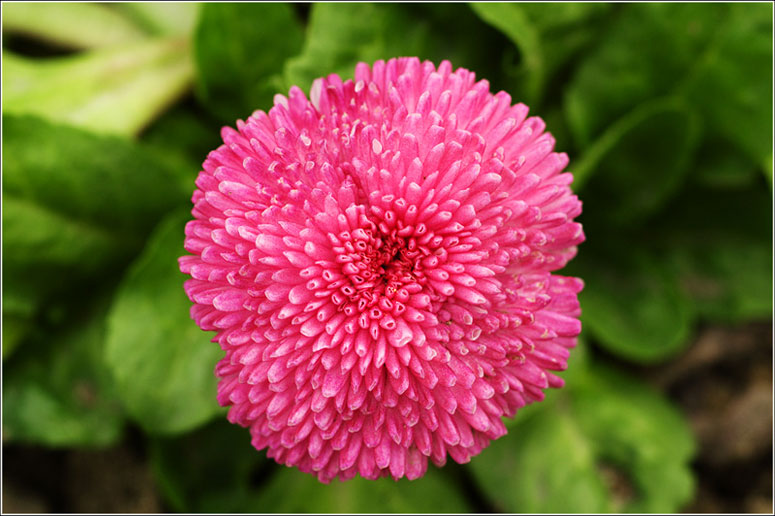 * while the maximum aperture of 100/3.5 is supposed to be F3.5, 5D registers it as F3.2. Aperture can be set to F3.2 without exposure problems. I further investigated this by using the same exposure time in M mode with F3.2 and F3.5, there were no differences in histograms. That means the lens can't actually go up to F3.2. I don't think choosing this setting would cause big problems as 3.2 and 3.5 is pretty close.

* At all aperture settings, the aperture blades doesn't make up a symmetrical shape. It's rather like an oval (but not circular) I haven't seen egg shaped highlights so far, but i guess it may happen.

* provided rear cap doesn't open the aperture, i don't know if storing the lens with closed aperture for long time may cause problems.