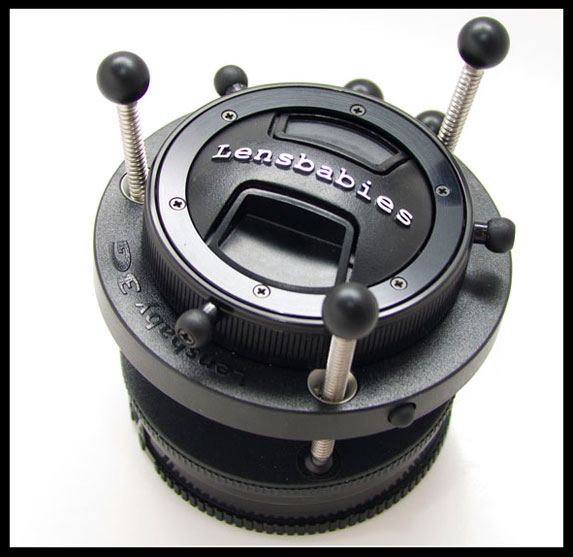 An escape from the world of conventional lenses, the Lensbaby 3G provides easily achievable creative effects to the photographer without the need for post-processing. The original Lensbaby was, put briefly, rather spartan. It comprised of a single, uncoated glass element with zonal focus ability, manual focus and four interchangeable aperture disks ranging from f2.8 to f8 in one stop increments. This aside, it became incredibly popular with product photographers and people wishing to give mundane objects and artistic feel. Its no-frills ability was reflected in the photographs it captured; rather similar to that of Holgas. The Lensbaby 2 improved on the original's design, incorporating double-coated optics and a much more practical aperture ability of f2.0. But the real advance is the introduction of the Lensbaby 3G: with a more precise focus system comprised of three 'screw-like' adjusters referred to as "'fine focusers". 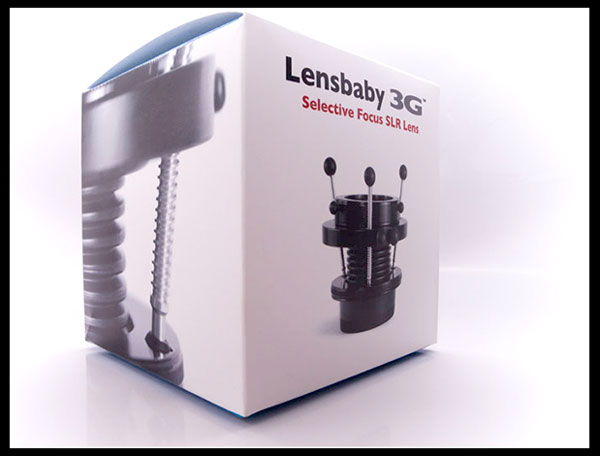 The Lensbaby arrived in a secure box with plenty of padding and protection, which is more than we can say of some similarly priced equipment! The instructions enclosed were brief but informative and the soft carry case provided is more useful at keeping the 3G's bits together, than offering a shelter.

Attachment of the lens was easy: Just line the red up and rotate it clockwise. The fitting wasn't tight, especially as it was on a Sony A100, but no dust would be able to enter under any circumstances. After removing the lens cap, I was shocked to see only one plate of glass! But after closer analysis, the 3G's ingenious design became ever more apparent, and the relative crudeness that initially shocked me, was soon welcomed. What wasn't welcomed "arms out" was the way in which the lens is operated. Lensbaby, in an attempt to make operation simple, state: 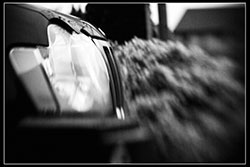 "Focus your Lensbaby 3G by compressing the lens with your fingers until your subject comes into focus. Then you can move the sweet spot of sharp focus around the photo by bending the lens."

This series of adjustments, which one is expected to remember when out taking photos, is awkward, illogical and rather irrelevant. Best you use the 'fine focusing' ring first; followed by the 'fingertip focus' technique. Unsurprisingly, this lens is not practical for permanent connection to the camera; neither is it practical for photography that is unplanned - sport shots are a definite no-no. The aperture of the lens (which ranges from f2.0 to f16) can be changed by inserting magnetic discs which can be inserted and removed rather rapidly using the provided tool. This method may seem rudimentary to photographers used to using lenses with auto-focus and a range of electronically controlled apertures, but the action works rather well and when one learns that you rarely need to change this with the sort of photography the 3G gets used for; it becomes rather satisfying! 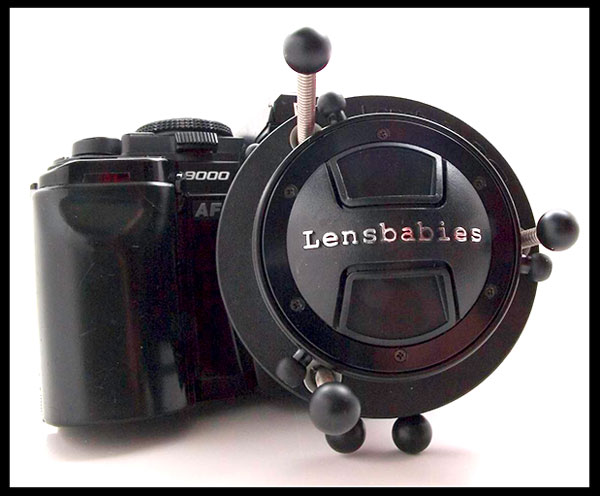 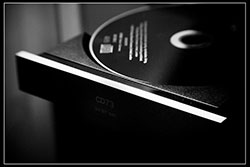 Of course, all of the aforementioned is rather irrelevant if the lens is incapable of delivering strong, well defined images. I am proud to announce that it does so rather well! Outright lens resolution is outstanding, especially considering the budget price tag and relatively spartan design. At f4, the lens starts to gain even more detail, at f8 it, as with many lenses, reaches its optimum. Vignetting is controlled to an acceptable standard which is quite beside the point bearing in mind what this lens will primarily be used for: Product shots.

That is where this lens truly excels. Blurring (using the zonal focus ability) can be used to draw attention to a certain object, or to convey movement - the tight focus technique used by many photographers seems somehow outdated and it certainly renders extremely large aperture lenses obsolete in such circumstances. The outright character of the photos produced by this lens is staggering; professional results easily obtainable without any need for filters or post-processing. In a nut-shell, this lens WILL improve your photography; something a better quality lens will fail to do. 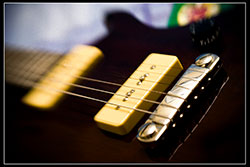 But do you really need the 3G? Can the same style photos be acquired by using a conventional lens with a much smaller outlay? Well, the panning effect and the rather controversial snap and zoom techniques can to some extent be employed to create such an effect; but such effects can look vulgar rather often and usually give the impression of the photographer having to make the subject look interesting due to its naturally boring nature! Therefore if you do desire to create artistic, professional effects, the 3G is rather handy indeed!

After two months of ownership, I can gladly say that I am incredibly pleased with the Lensbaby 3G. It has provided me with some excellent photographs, even though the weather acted against it! One has to plan the shot ahead to get the most out of this lens; it is not a spur of the moment photo producer. Many will argue that because of this, the 3G is rather impractical, but I can assure you that once you become accustomed to its features, you will be pleasantly satisfied with the results: It truly is an a escape from the world of conventional lenses!

I would like to thank Lensbaby for their kind donation of this lens, Gustavo Orensztajn for his kind help along the way and of course www.dyxum.com for their support during the writing of this article